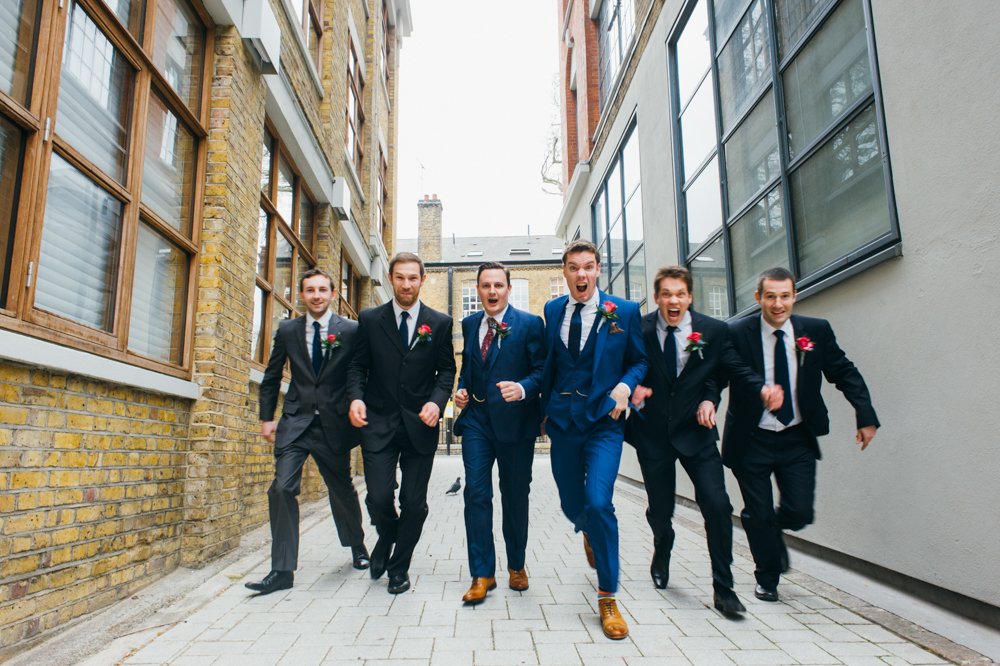 I wrote a post a while back about the importance of group shots. They are probably some of the most important shots I’ll take all day while photographing your wedding, for the reasons I outlined in that post. Having said that they probably not one of the parts of the day you’ll enjoy the most, so my aim is always to make them as quick and stress free as possible for you.

This means we’ll need to do a little bit of planning, to make sure they are efficient, easy and so that you can get back to enjoying your wedding day.

This post will give you some suggestions about how to get your family group shots done with a minimum of stress. 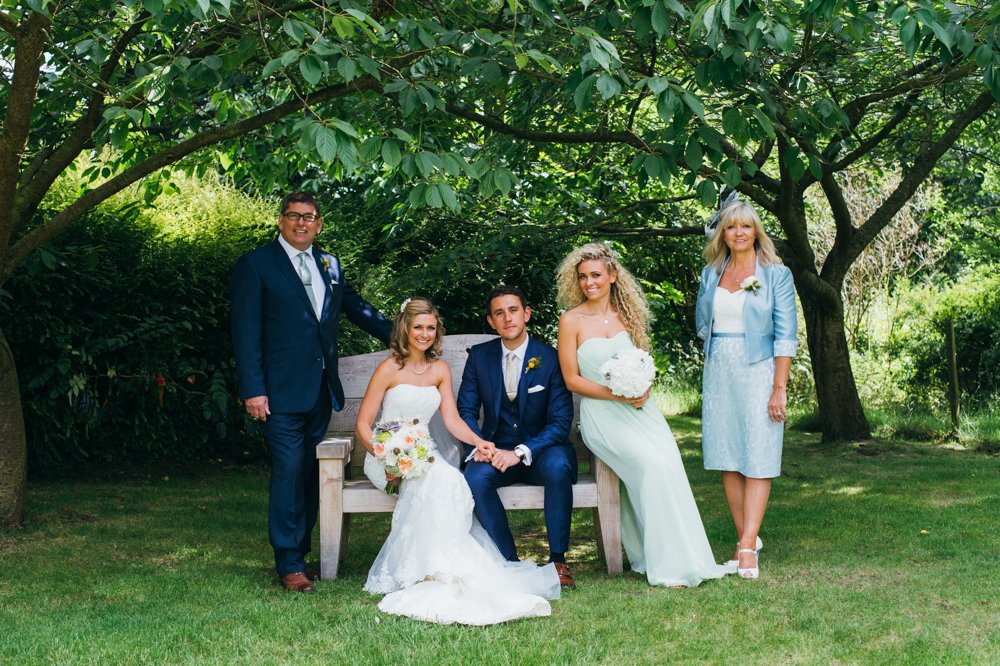 How long will group shots take?

As a rough guide I usually suggest couples allow around 5 minutes per group combination. On some days I can do 10 shots in 30 minutes and on others 5 shots will take the same time. It all depends on how efficient I am able to be, with your assistance, in rounding up the people that need to be in the pictures.

To help with this I suggest that you take the following steps:

-Make a list of group shots and stick to it. I’ll talk about this in more detail later.
-Manage the expectations of everyone who is likely to want a say in which group shots you do. I’ll cover this in detail below too.
-Schedule group shots directly after your ceremony. It’s much easier to round people up when they are all standing in one place, having just watched you exit your ceremony. If you leave it until later Uncle John will invariably be in the loo or your sister might have popped back to her hotel to get something quickly, which will ramp up the stress while we try to find missing people and get your groups done within the allotted time.
-Let everyone who is in a group shot know, in advance, that they are needed and when/where they will be happening
-Nominate a couple of people to round up people for group shots. It’s a good idea to select people who know who the majority of the people in your group shots are and to ask them to start gathering people straight after the ceremony.

As I said before, each group shot is likely to take around five minutes to set up and photograph.

Most of my couples book me for my documentary approach to photographing their wedding. You probably don’t want to be standing around for ages having formal photographs and because I can only be in one place at a time, if you do have lists and lists of formal shots it will mean I won’t be able to get those brilliant candid shots of you and your guests enjoying themselves.

Because of this we need to agree a list of group shots in advance and stick to it, so that we can get them done and you can get back to your party.

Two variations of a standard group shot list are below. One is likely to take you 20 – 25 minutes. The other will take you around 45 minutes.

Can you guess which one I suggest you go for?

I promise you, when you get past the 20 minute mark with group shots you’ll have had enough of them.

I always remember a wedding I shot a few years ago where they presented me with a list of 20 group shots. They had scheduled a 45 minute drinks reception…. I explained that there was no way I could achieve that number of shots, along with portraits of them together, candid shots of their drinks reception and detail shots of their wedding breakfast room in that time.

Never the less they told me that we had to do the whole list. That being the case I asked them to prioritise the list in order of importance. On the day I got 10 shots into the list and the couple told me they’d had enough and apologised for not believing me when I had told them that 20 would be too many!

The moral of the story is that the 20 minute list will leave you feeling happier, with the added bonus of giving you more time to mingle with your guests and drink champagne.

As I shoot same sex weddings, I am referring to person A and person B rather than ‘bride and groom’. 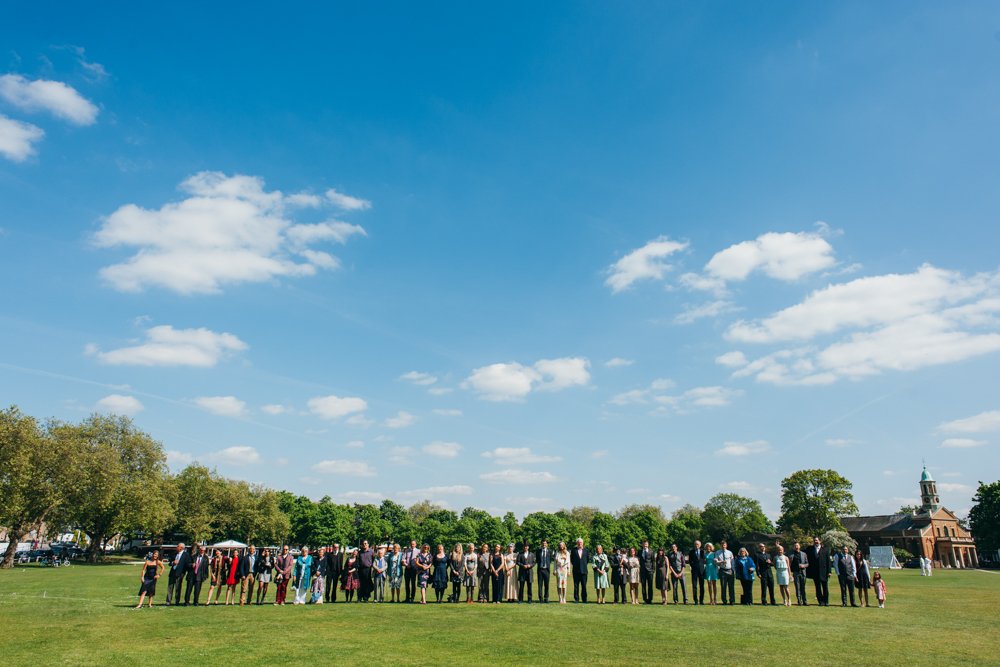 It’s a really good idea to have a chat with your family in advance and let them know about your group shot list. They might have some ideas about shots they would like to add but the reality is that you’ll have a finite amount of time during your drinks reception and as well as your group shots, need to photograph candid shots of guests, detail shots of your venue/flowers/wedding breakfast room/anything else and I’ll often need to squeeze in pictures of the two of you together too (although we can defer this until after dinner in the summer, as the light is usually much nicer around sunset anyway).

Relax and enjoy it

Nominate someone to make sure any canopes and passing trays of champagne make their way over to you. Your venue staff might do this anyway but it’s worth having someone make sure you get as much to eat and drink as you need.

You friends and family can bring their drinks with them to and I’m happy for them to be in the pictures, as they are part of the story. 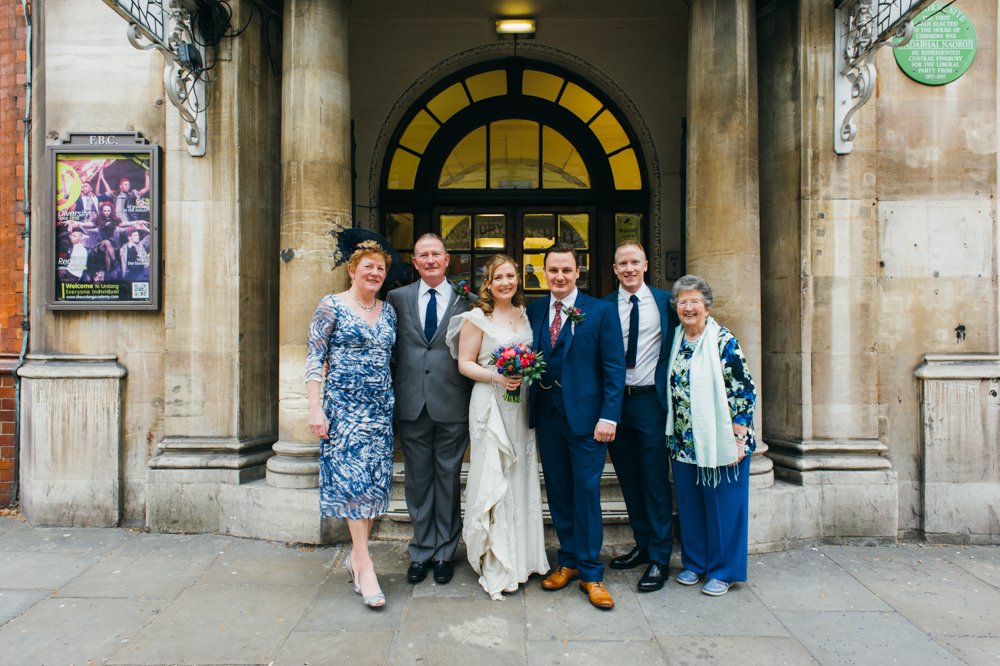 I have spoken before about the fact that I didn’t end up doing any group shots on my wedding day. We’d decided to leave them until just before dinner and by that time I’d had a lovely afternoon chilling out in the sunshine, more than one pint of cider, and I was feeling happy and carefree and decided I didn’t need my group shots.

Life is way too short for regrets about such small things but it would be lovely to have a picture of me, Pete and all of our bridesmaids and ushers that we could put in a frame, along with pictures with us and our families. Luckily our photographer, Hannah, got loads of lovely candid shots of all of those people but it would have been nice to have everyone together.

So that’s group shots. As always if you have any questions about the planning process let me know in the comments.