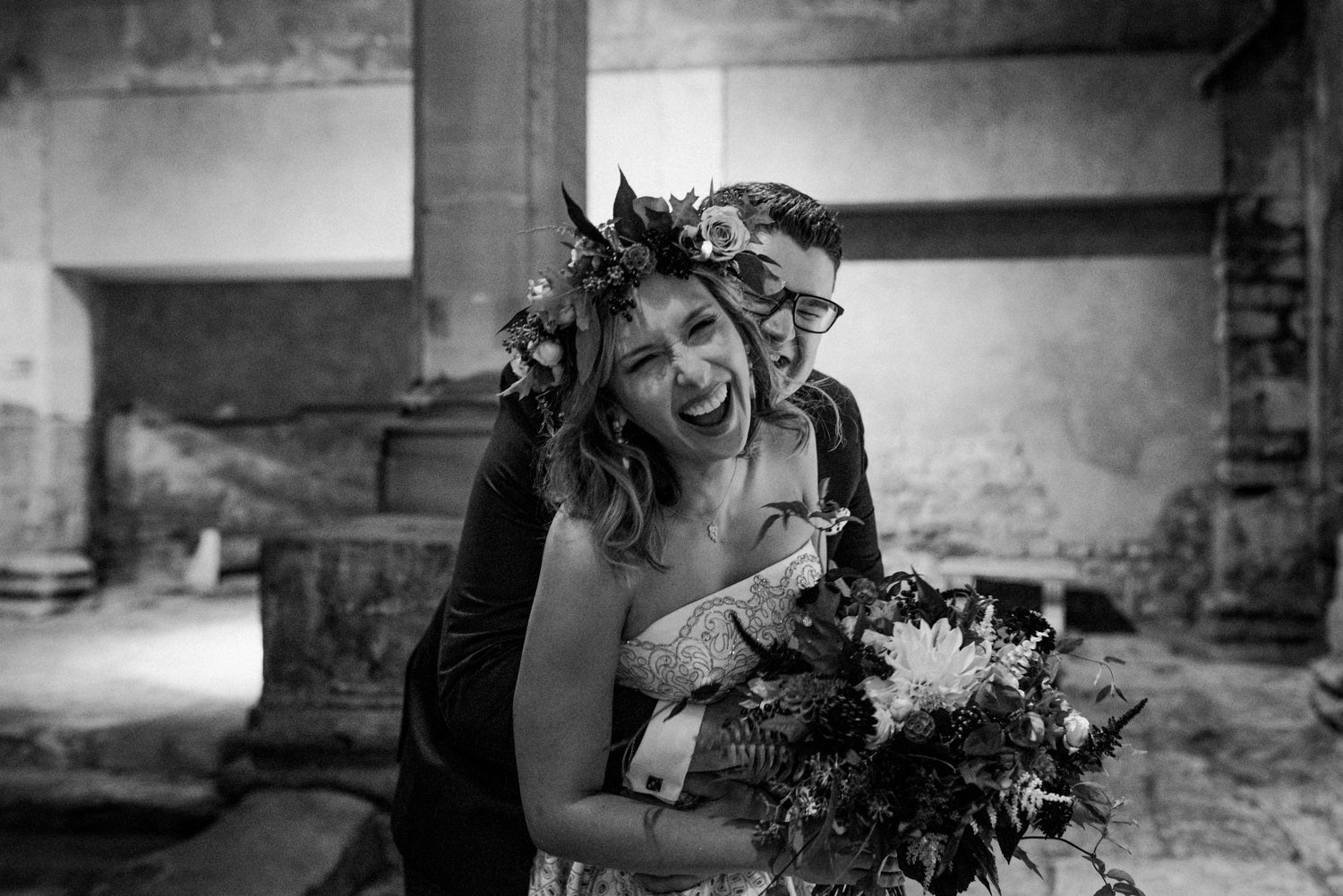 For my first Bath wedding since moving here at the start of the summer I couldn’t really get more prestigious than the Roman Baths.  I might have been gawping, mouth open in awe, as the venue manager showed Pete and I around before Diane and Sullivan’s dusk Roman Baths wedding ceremony.  Having the whole Roman Baths to ourselves for a few minutes at dusk, as the mist rolled across the water, was pretty magical and that was before Diane and Sull arrived to get married.

Torches flickered as Diane walked in with her dad, carrying some of the most beautiful Autumnal flowers from Flowers by Passion that I’ve ever seen.  That flower crown!  Diane and Sullivan’s ceremony was about as atmospheric as they come, with a handfasting and a ceremonial lighting of candles, by the edge of the water followed by drinks and cello music in the dusky light of the Roman Baths after sunset.

It was a huge pleasure to work with Hannah Jones, one of my favourite celebrants, and to photograph a day beautifully styled by Little Wedding Helper. 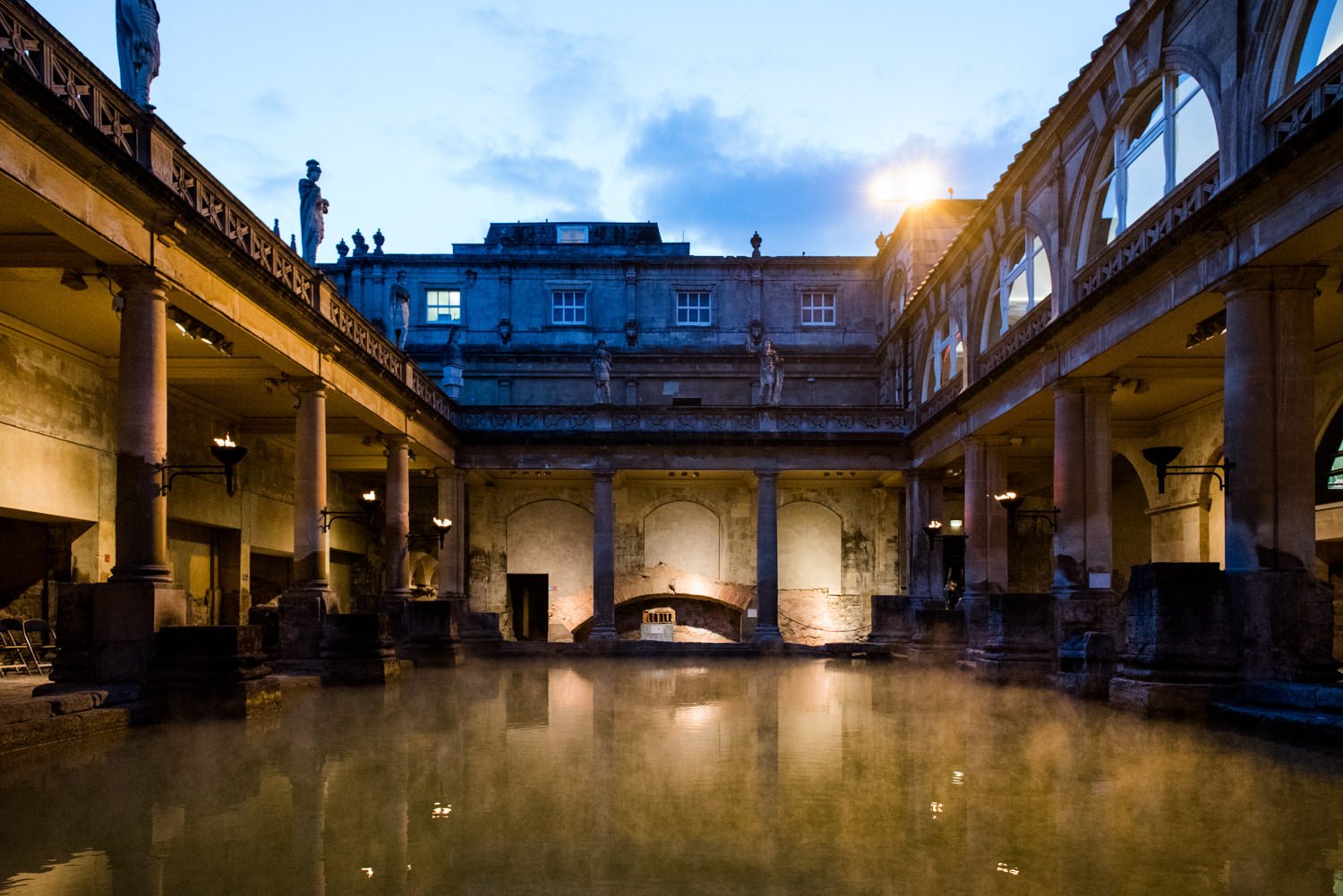 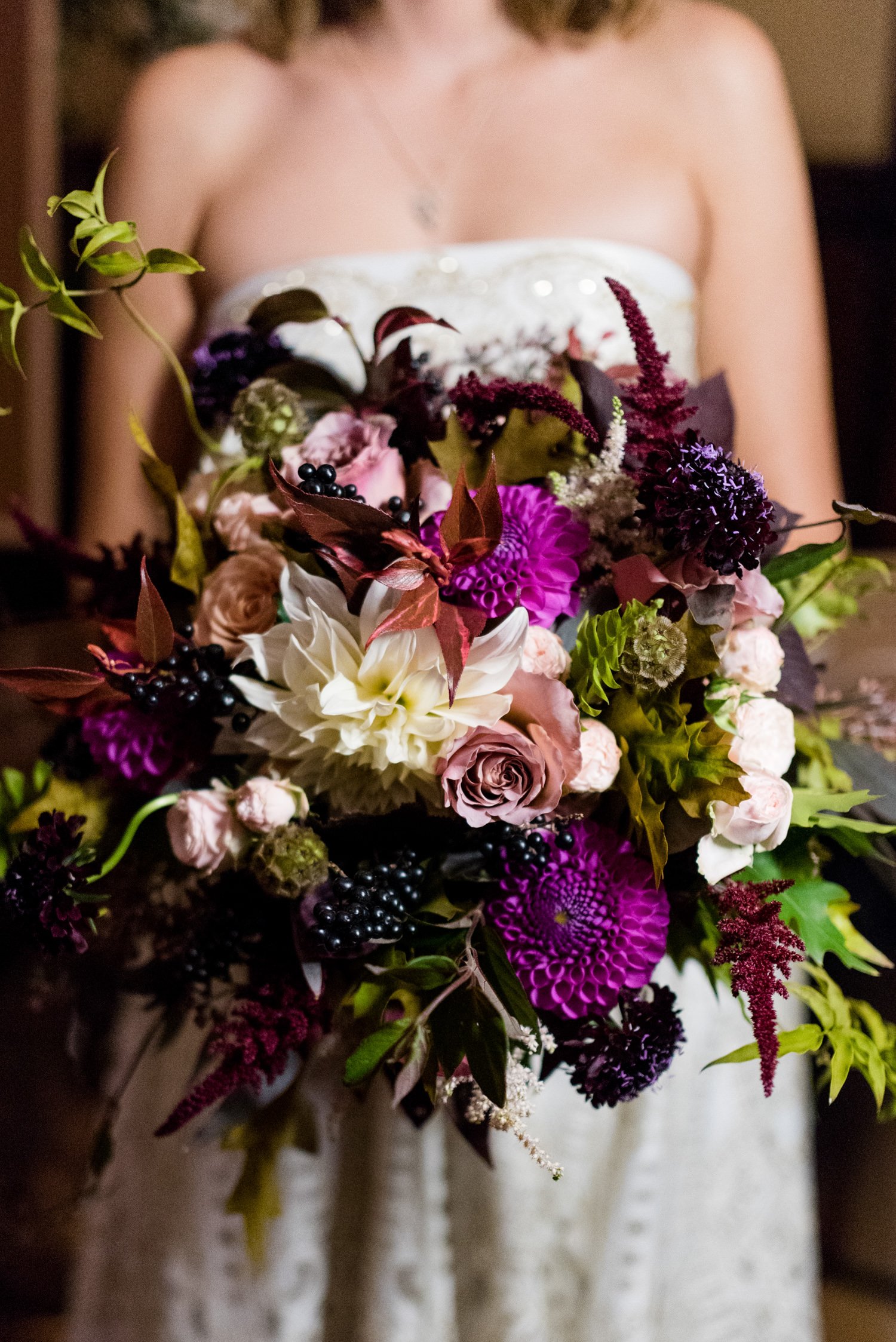 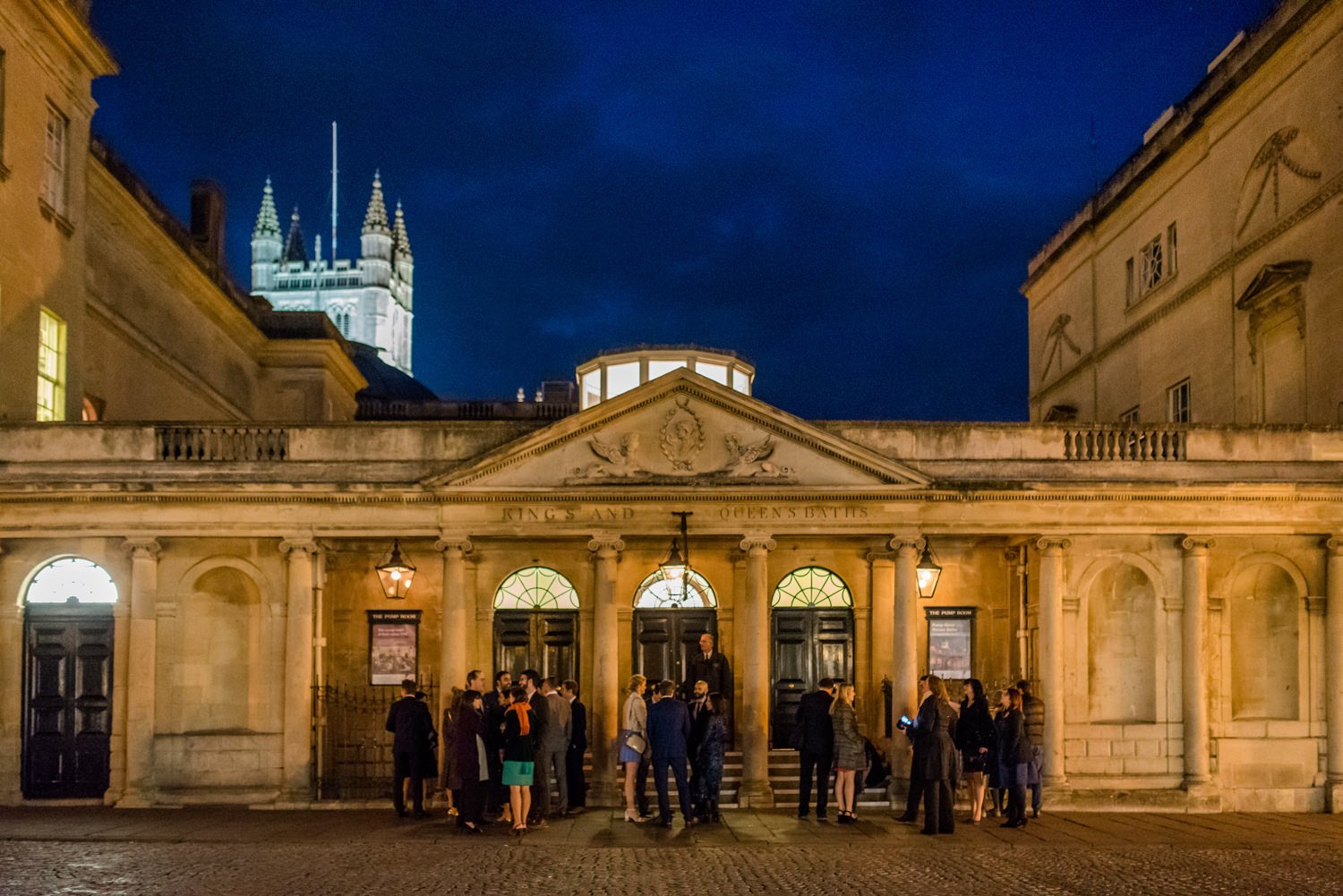 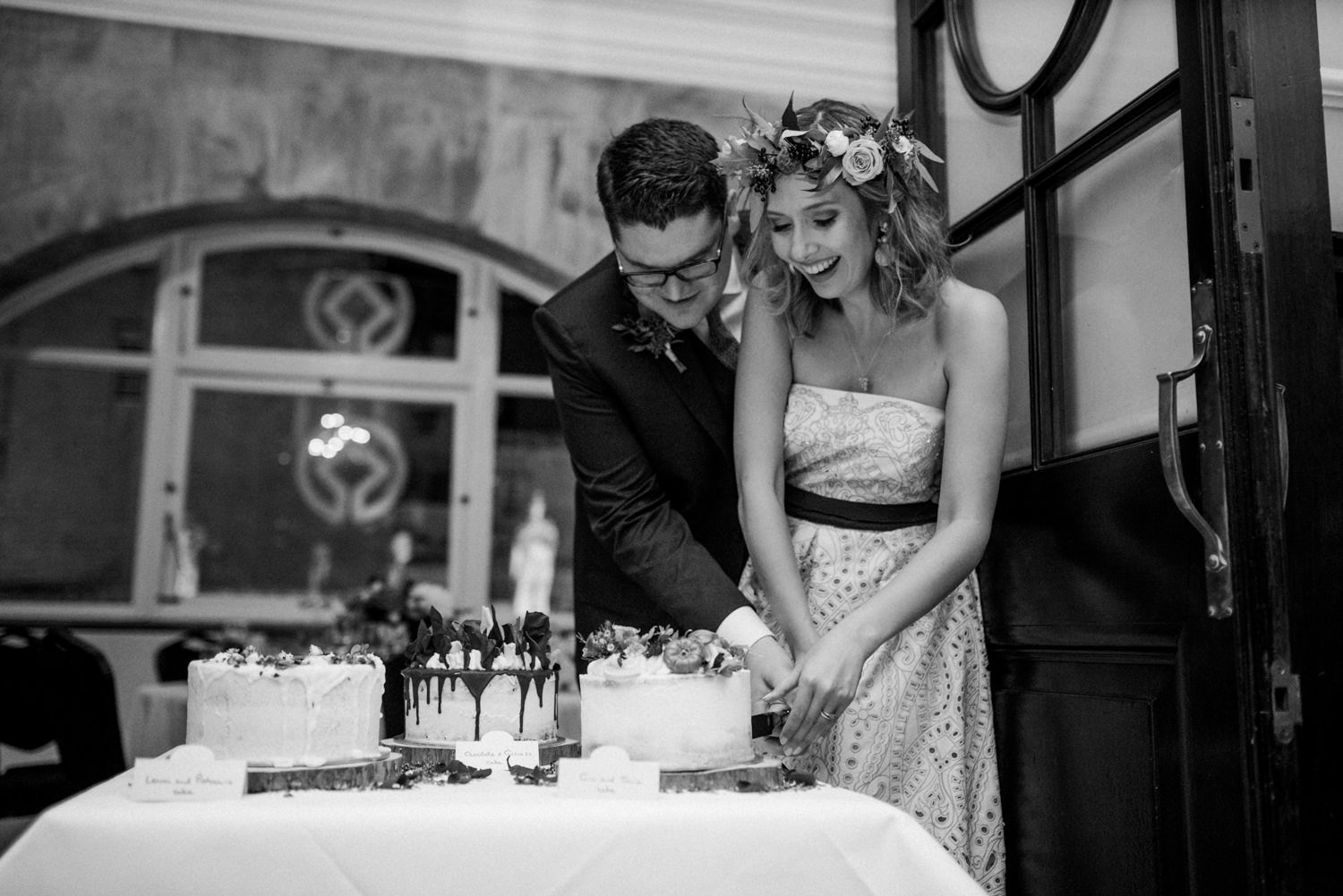 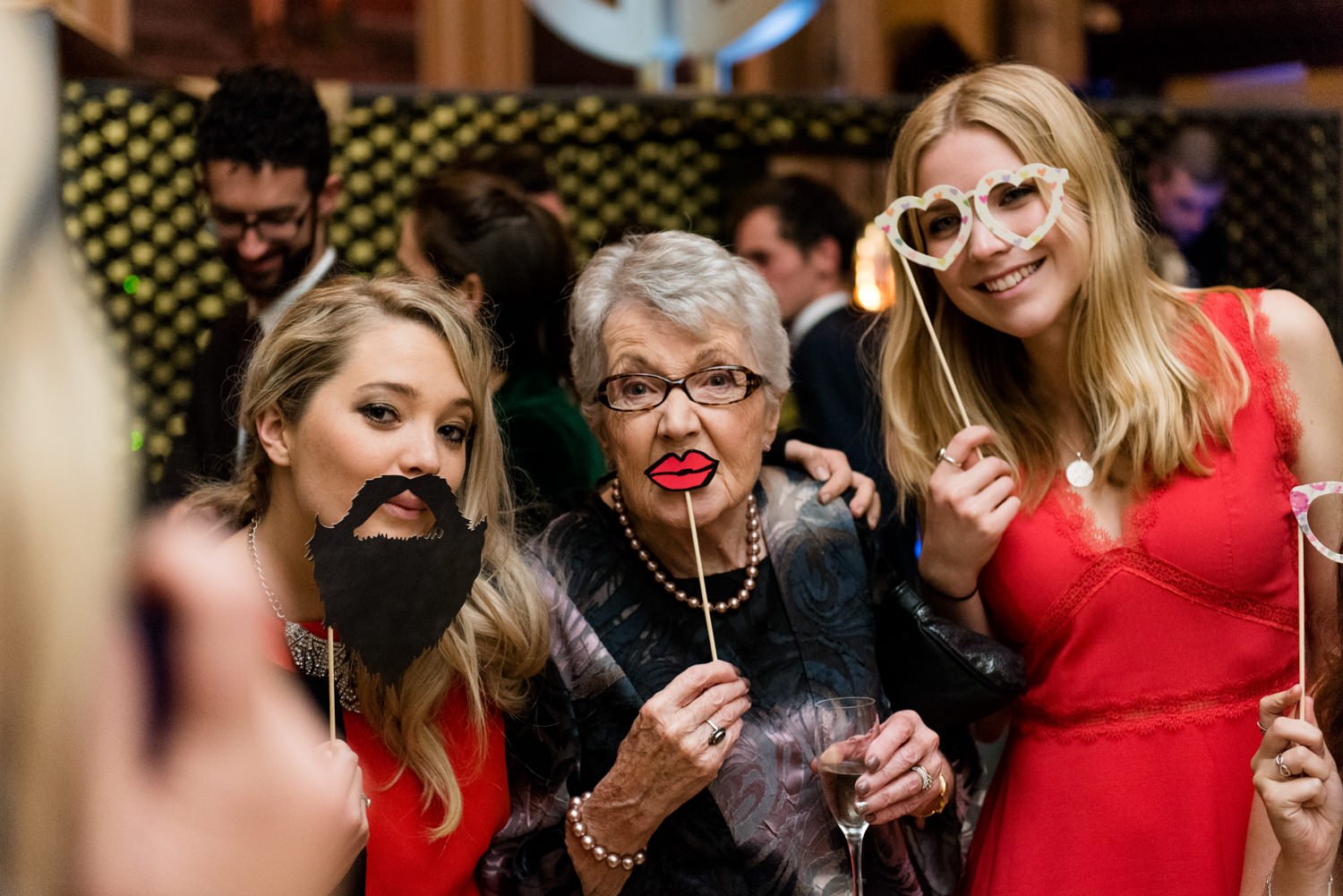 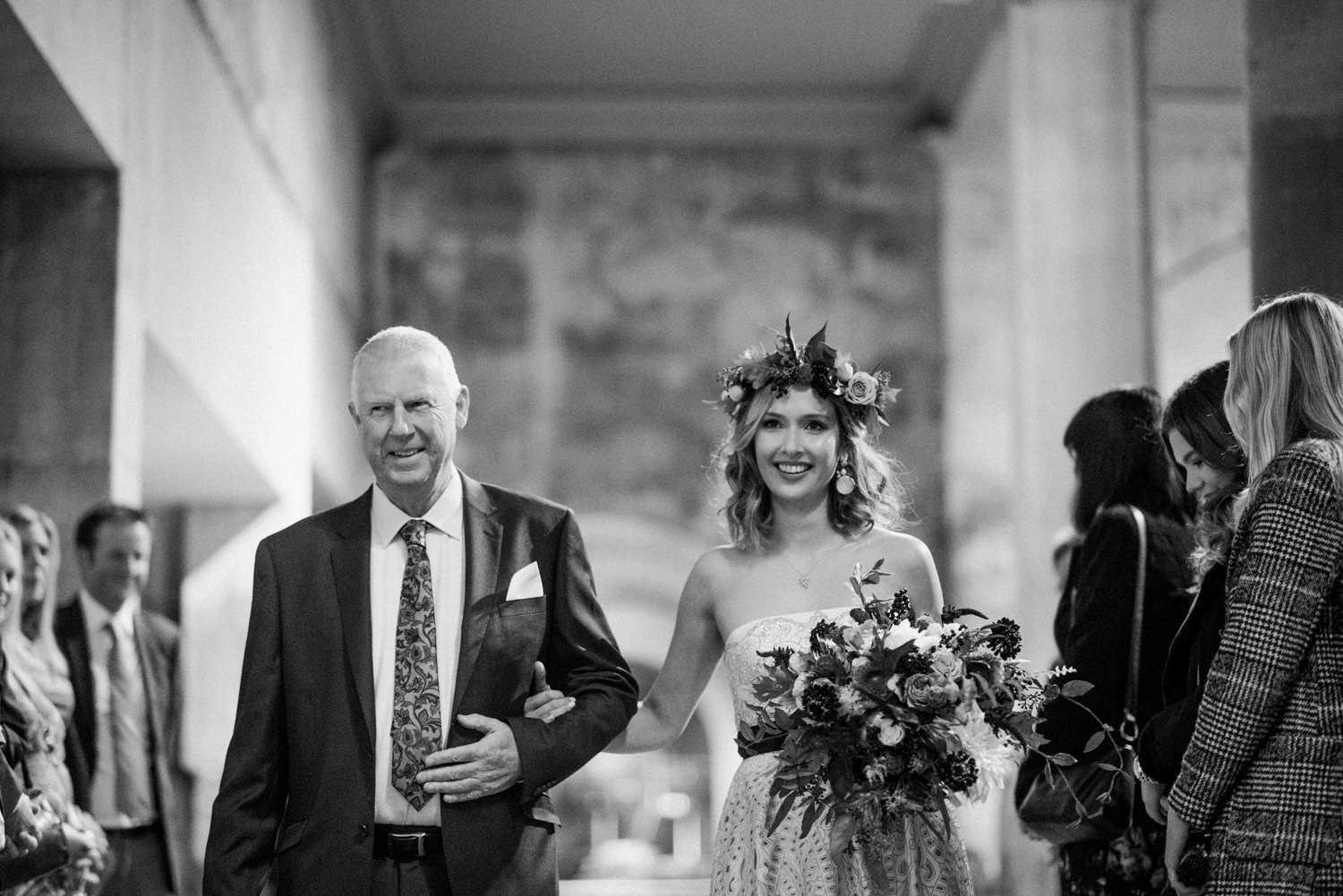 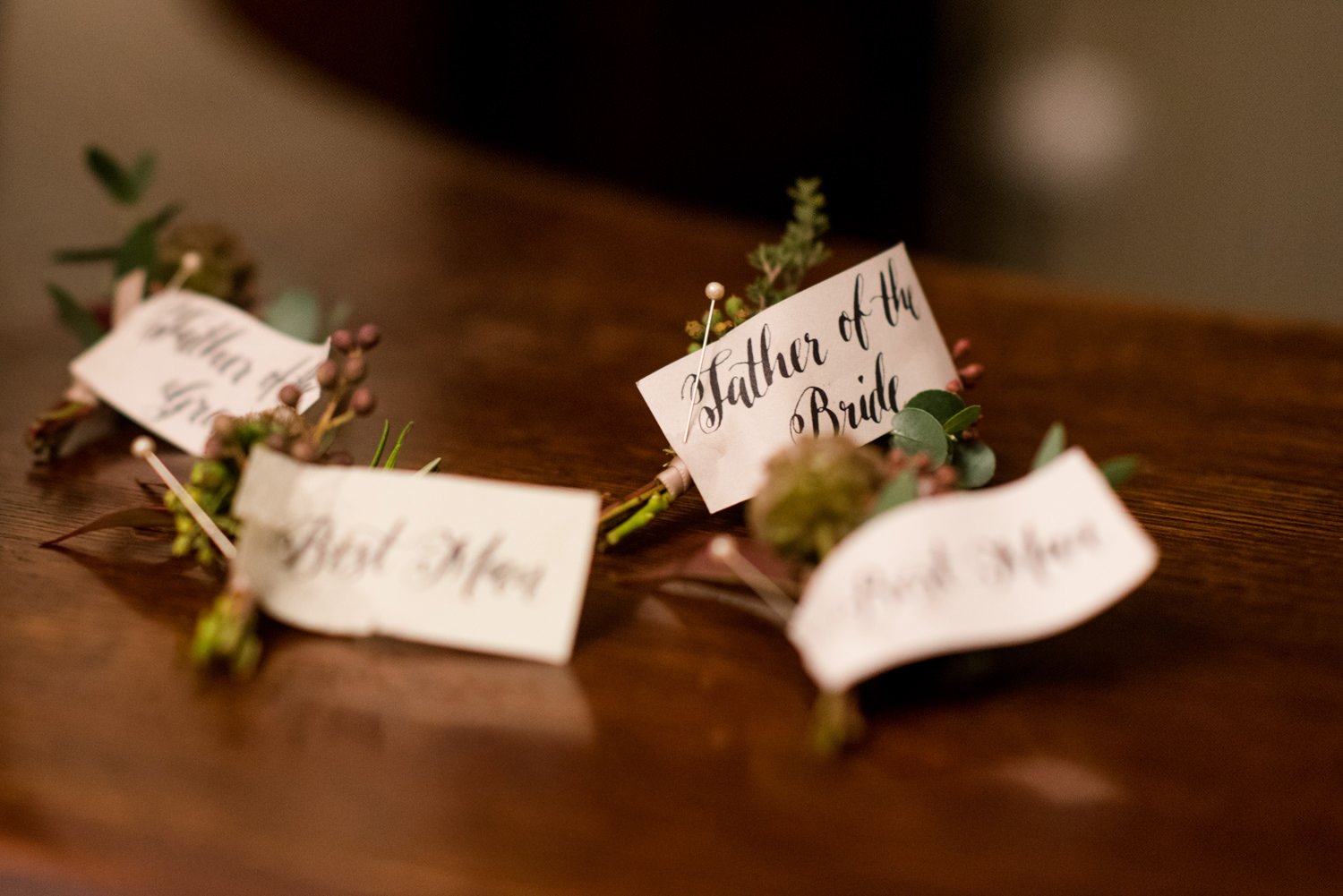 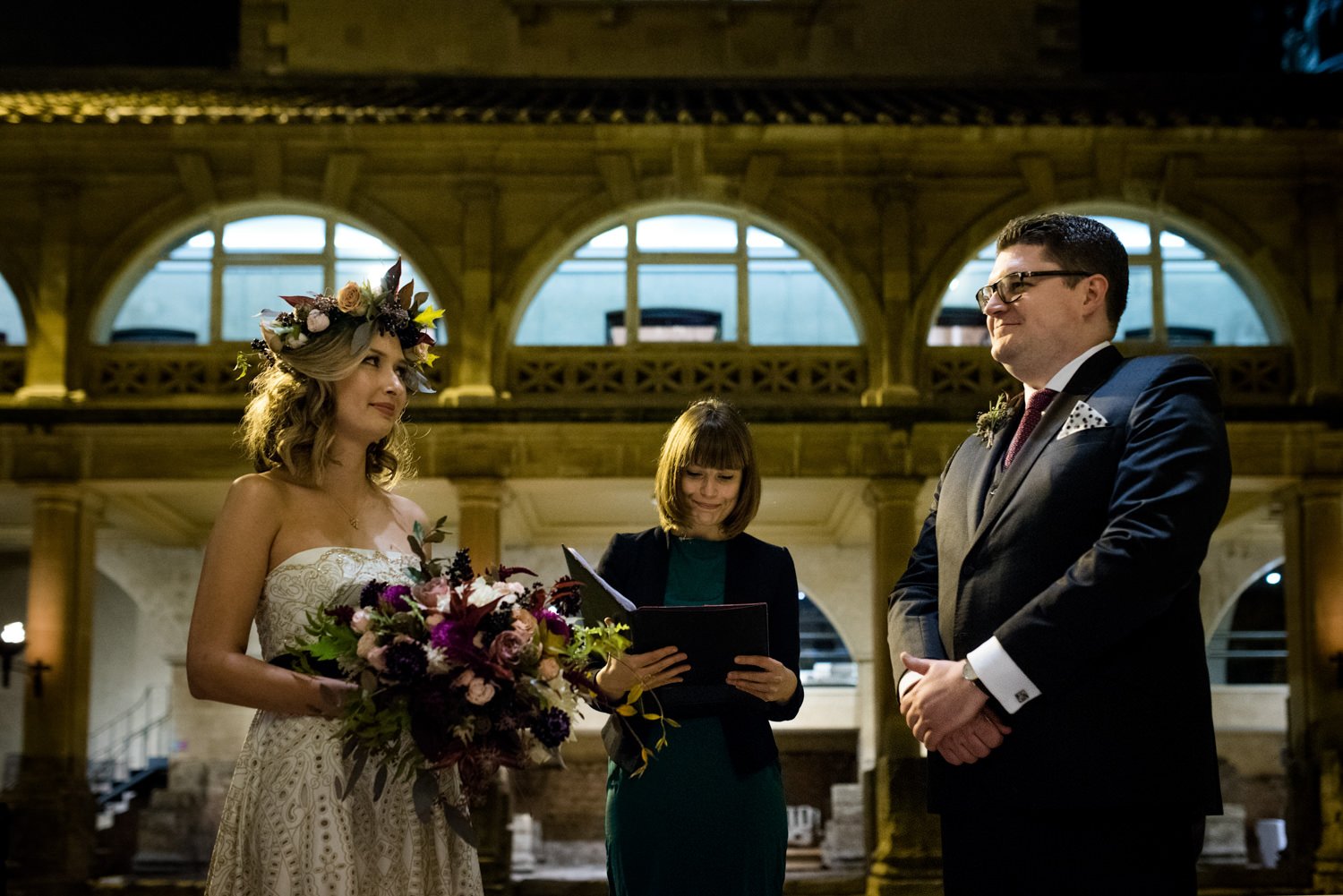 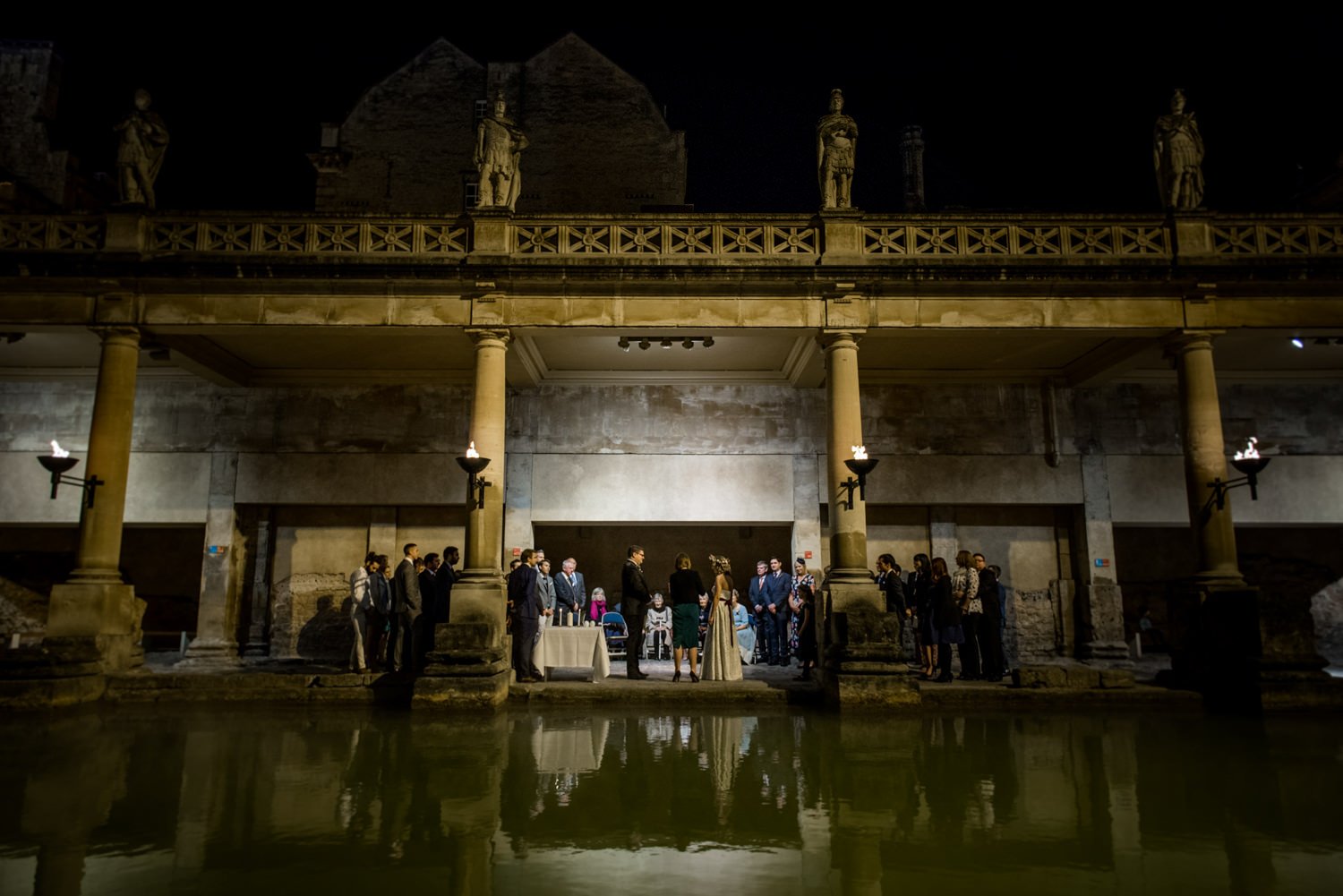 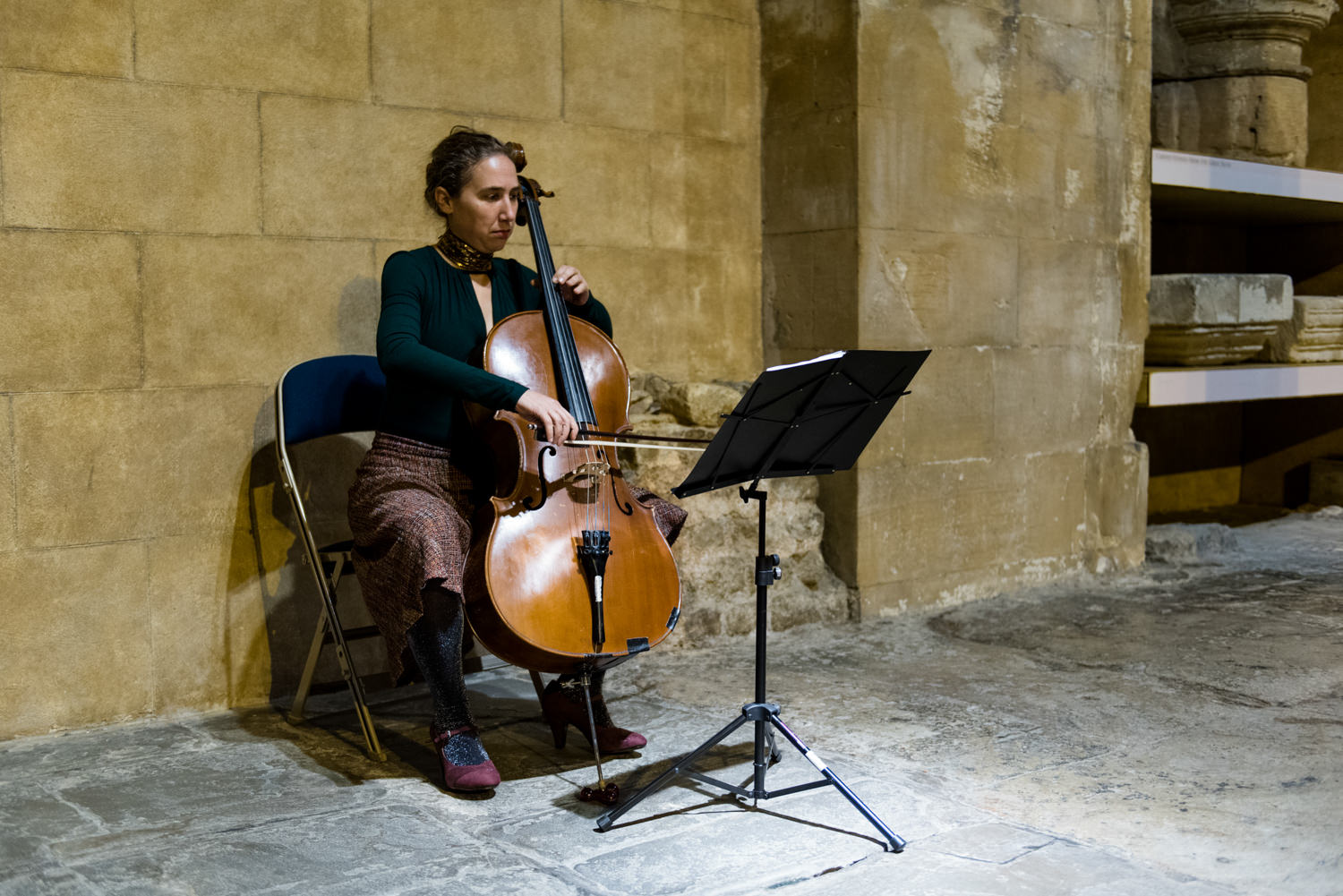 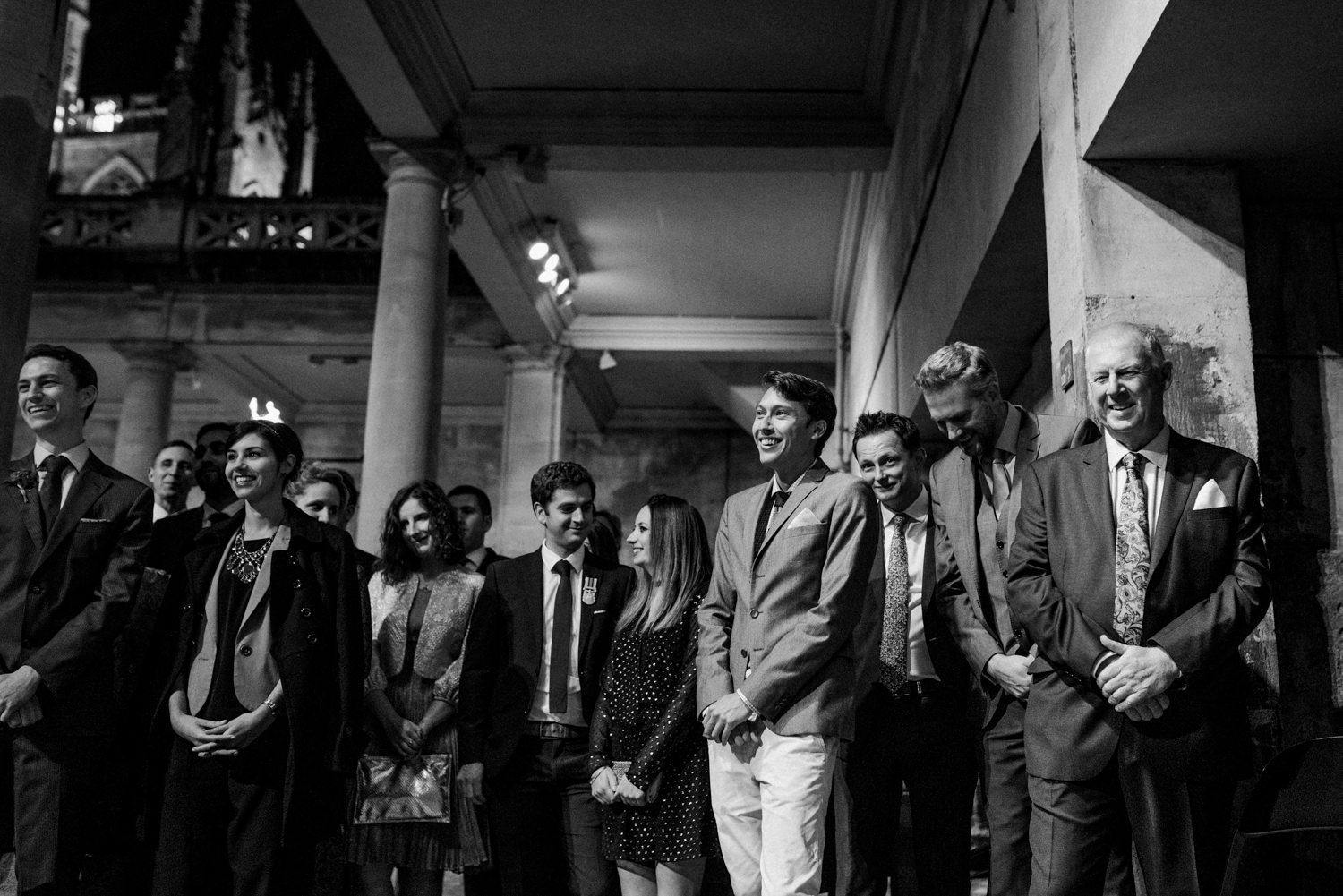 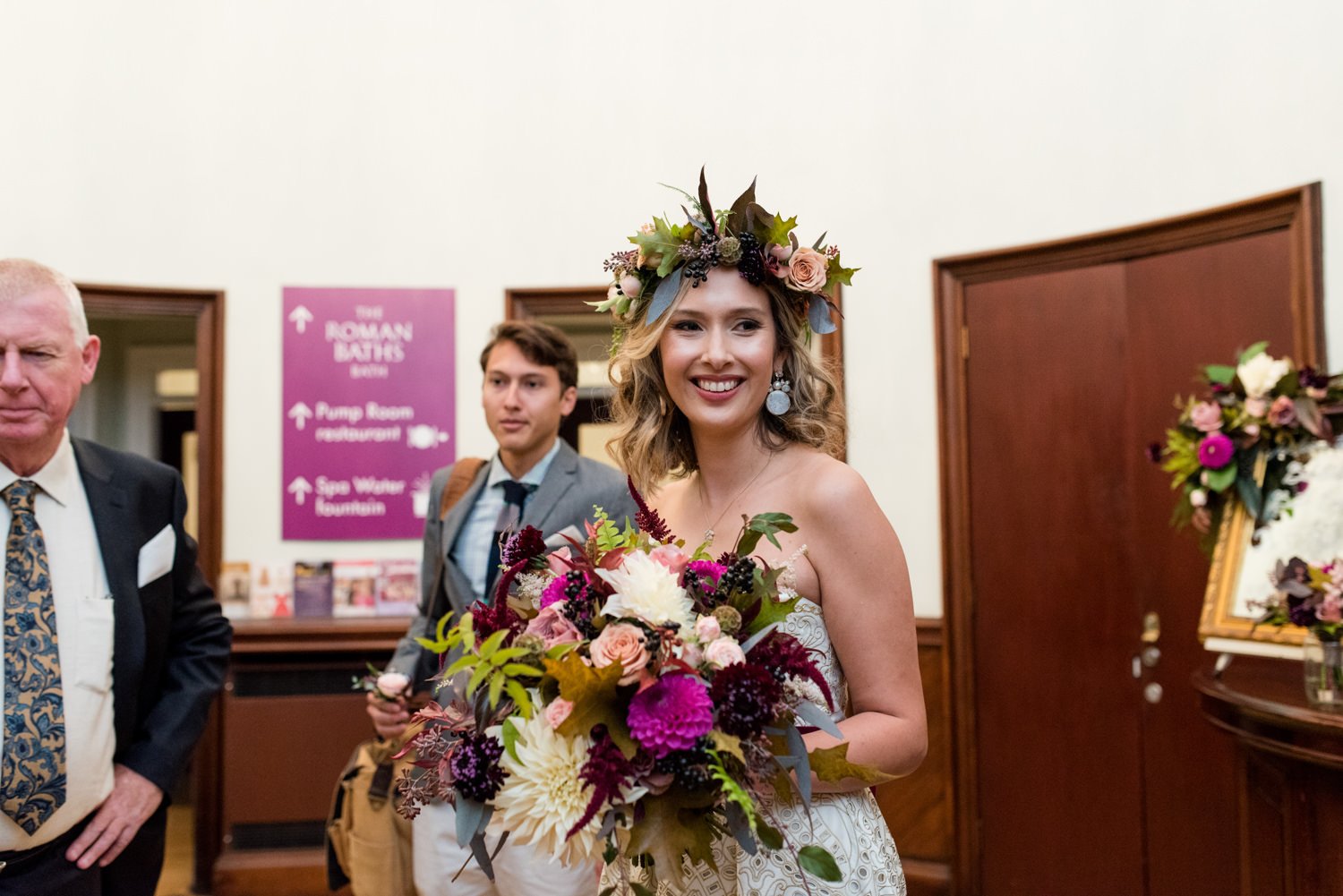 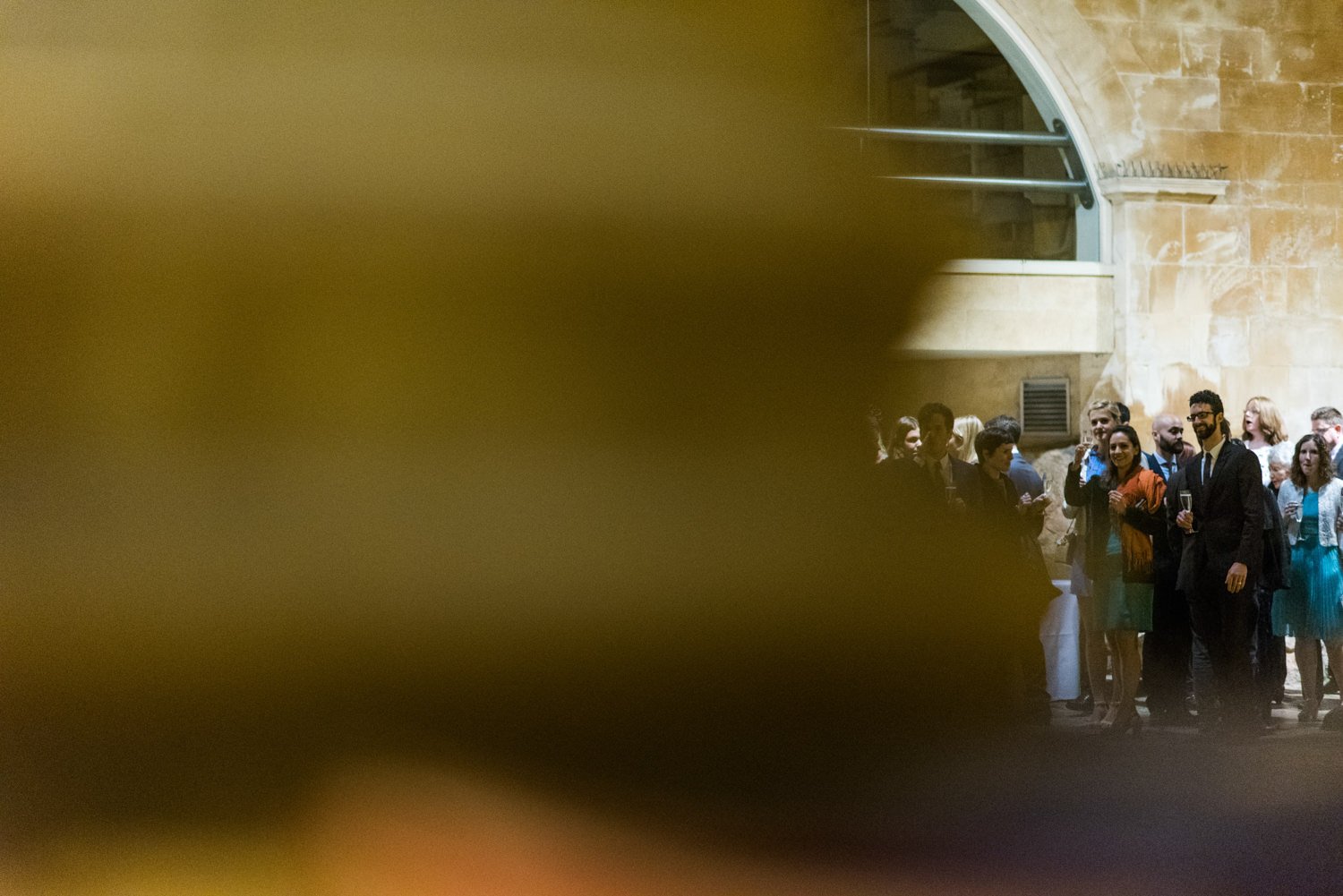 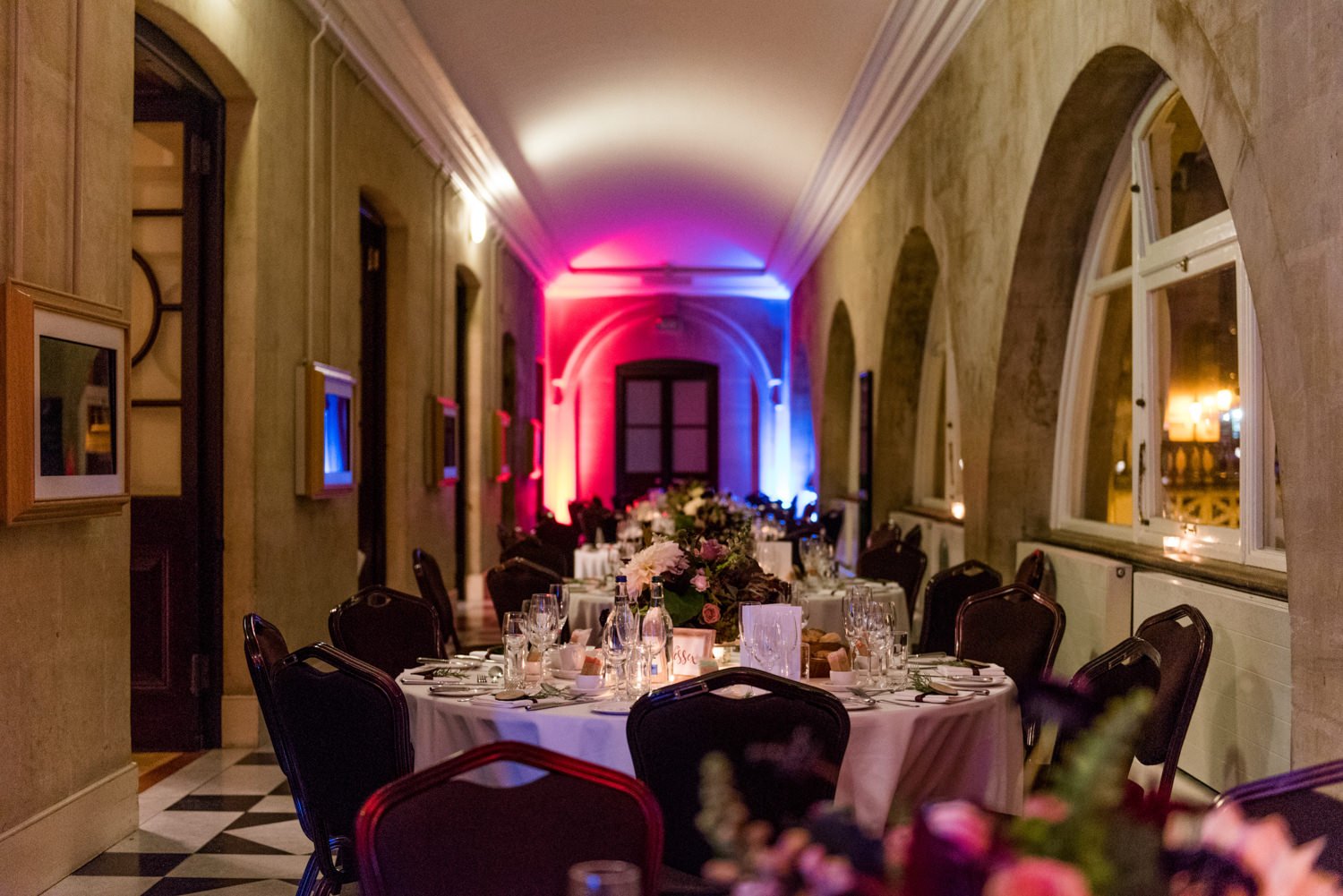 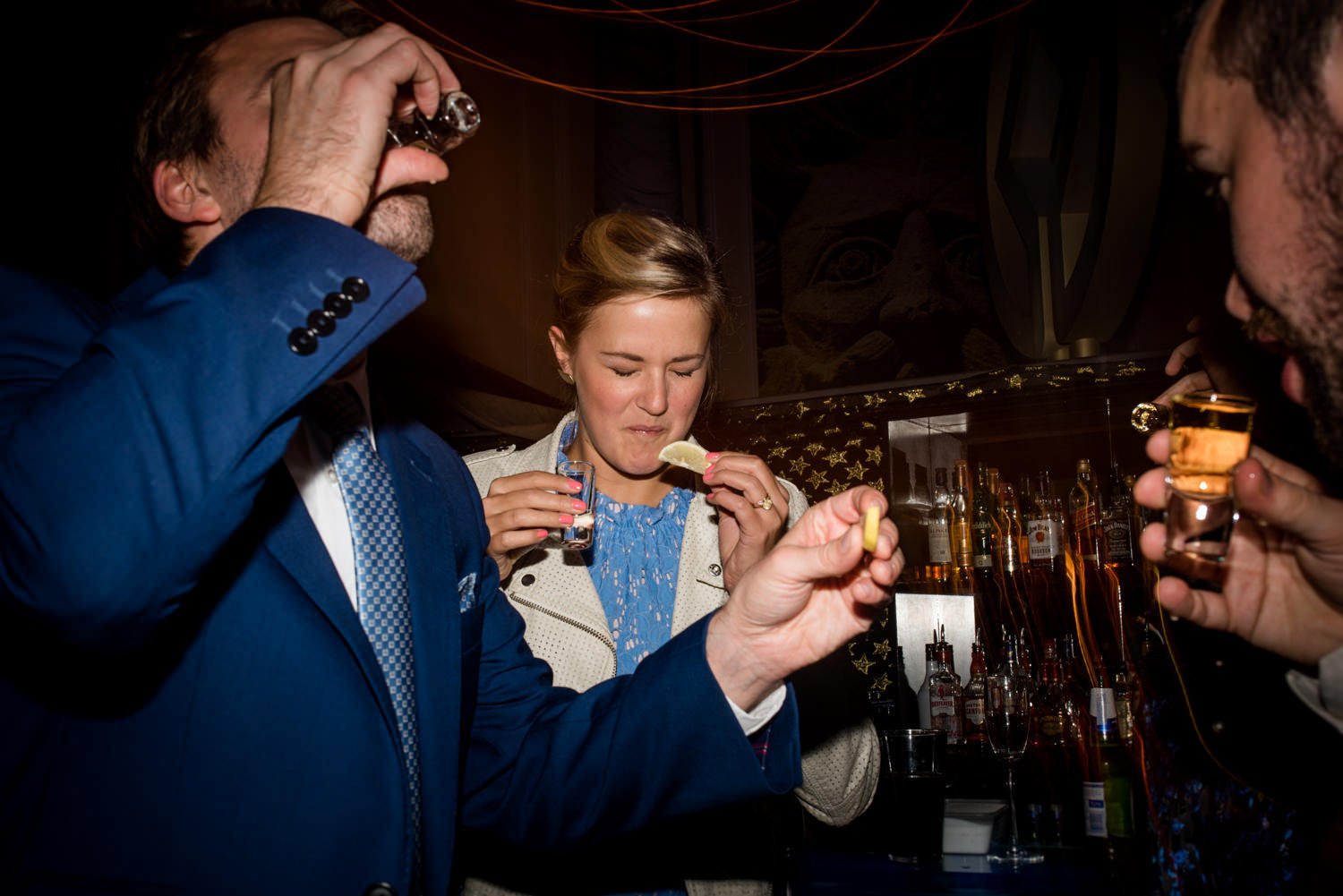 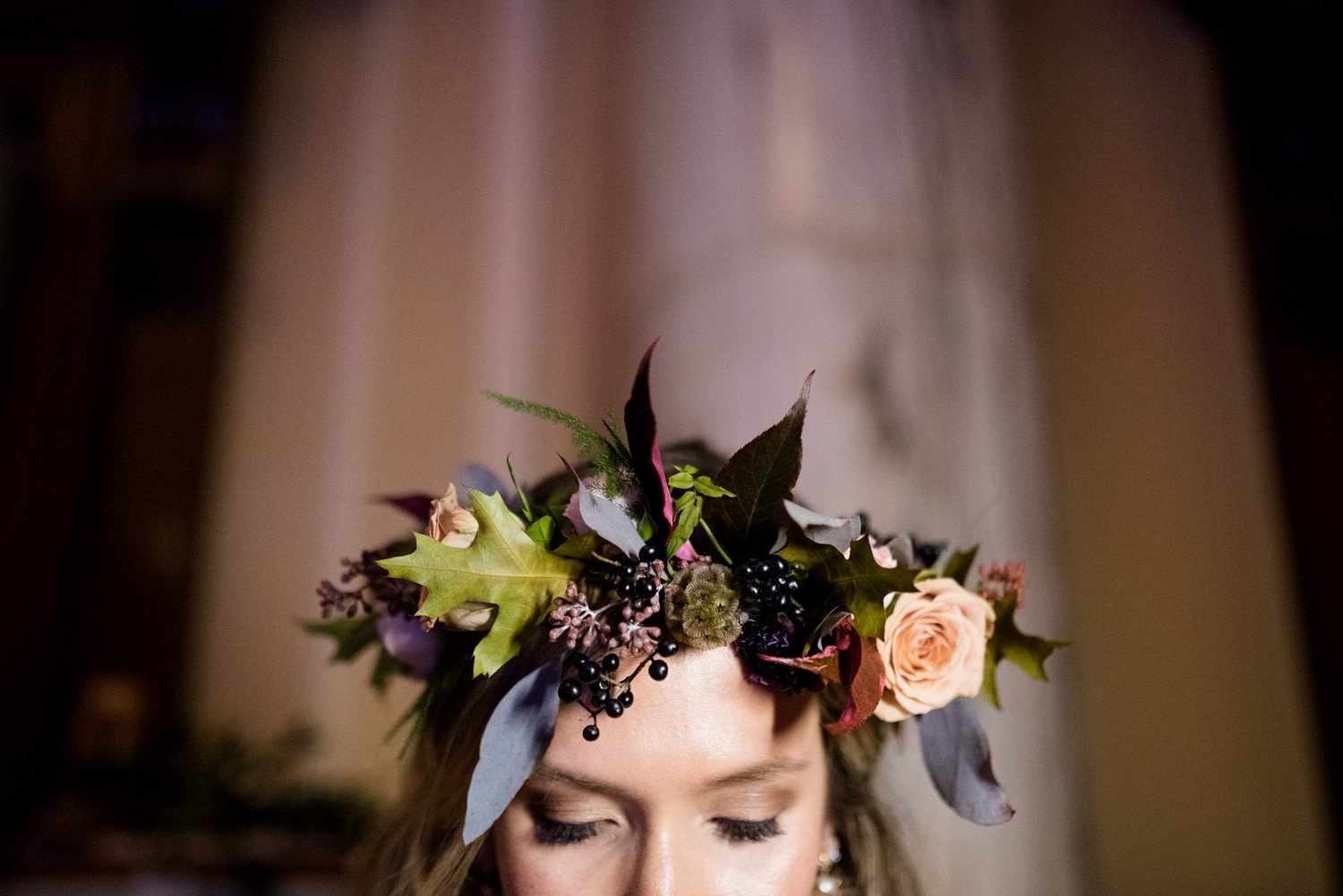 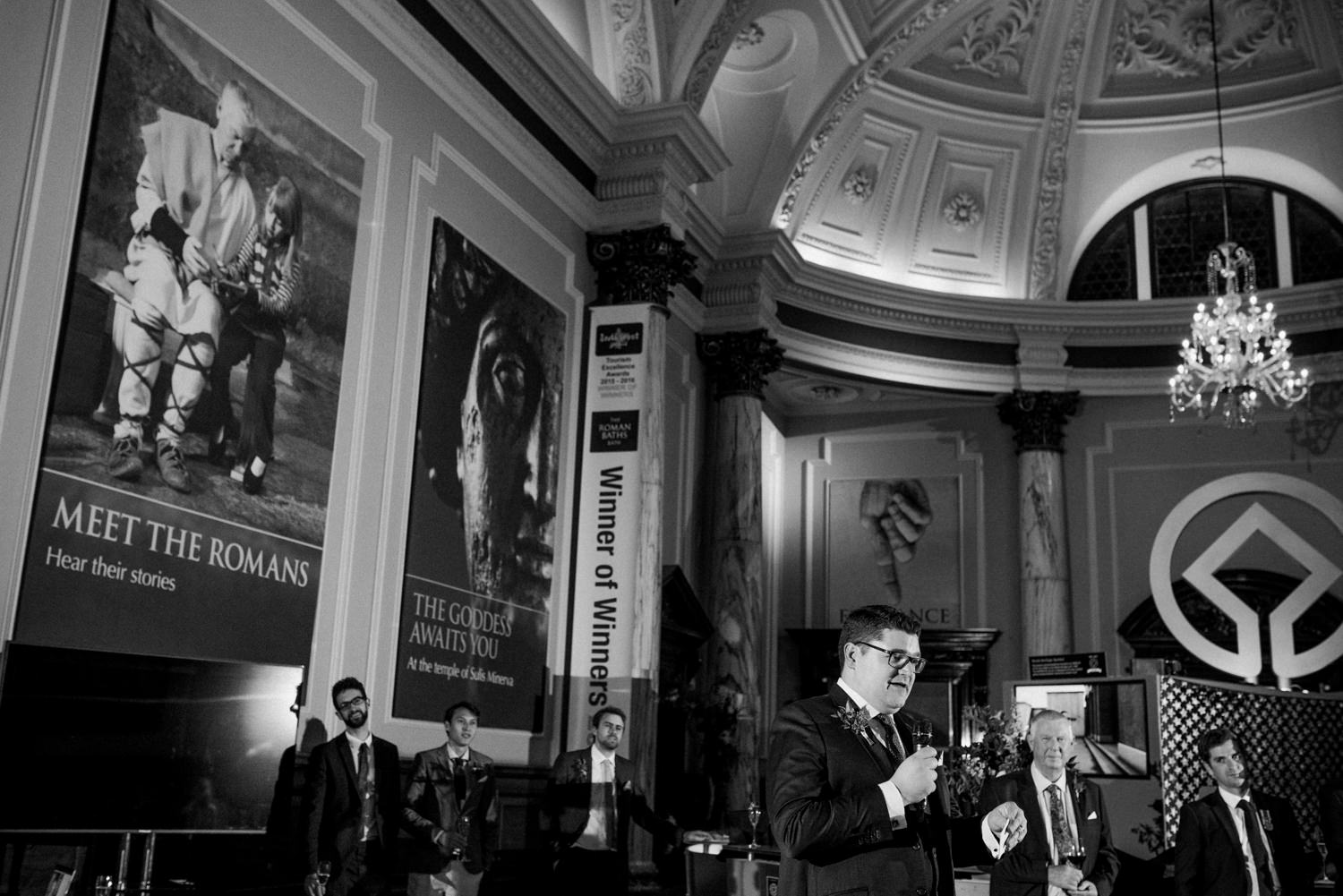 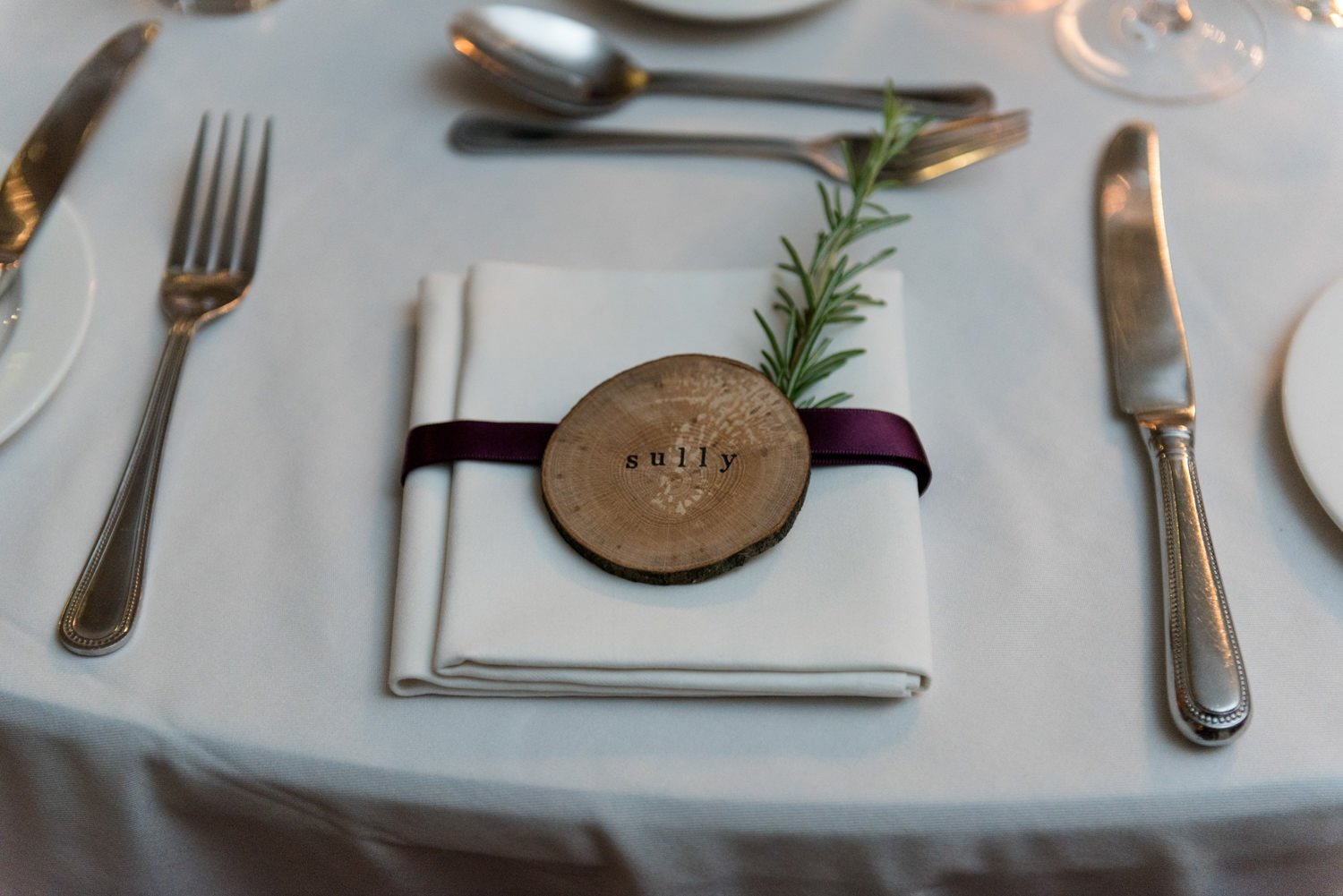 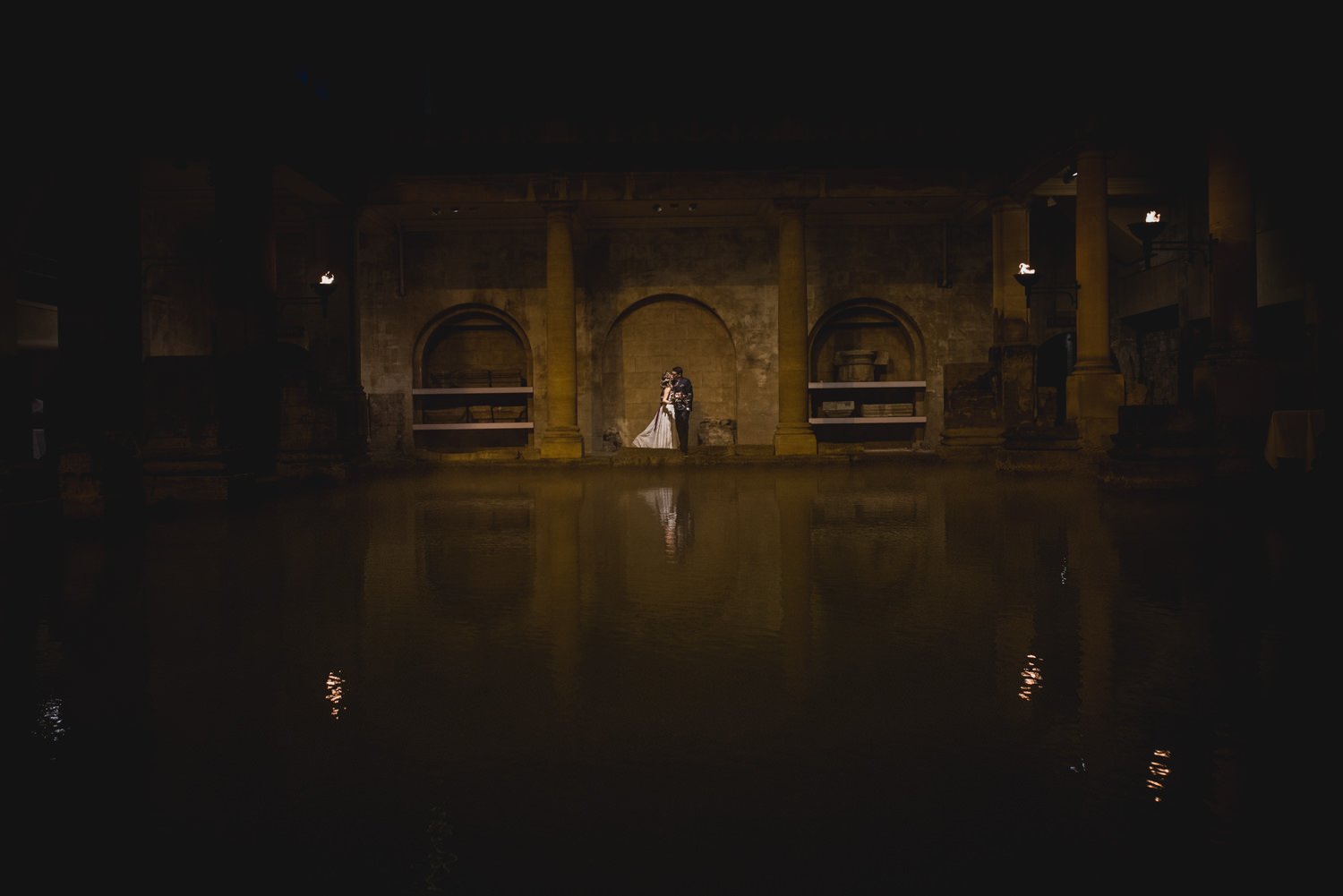