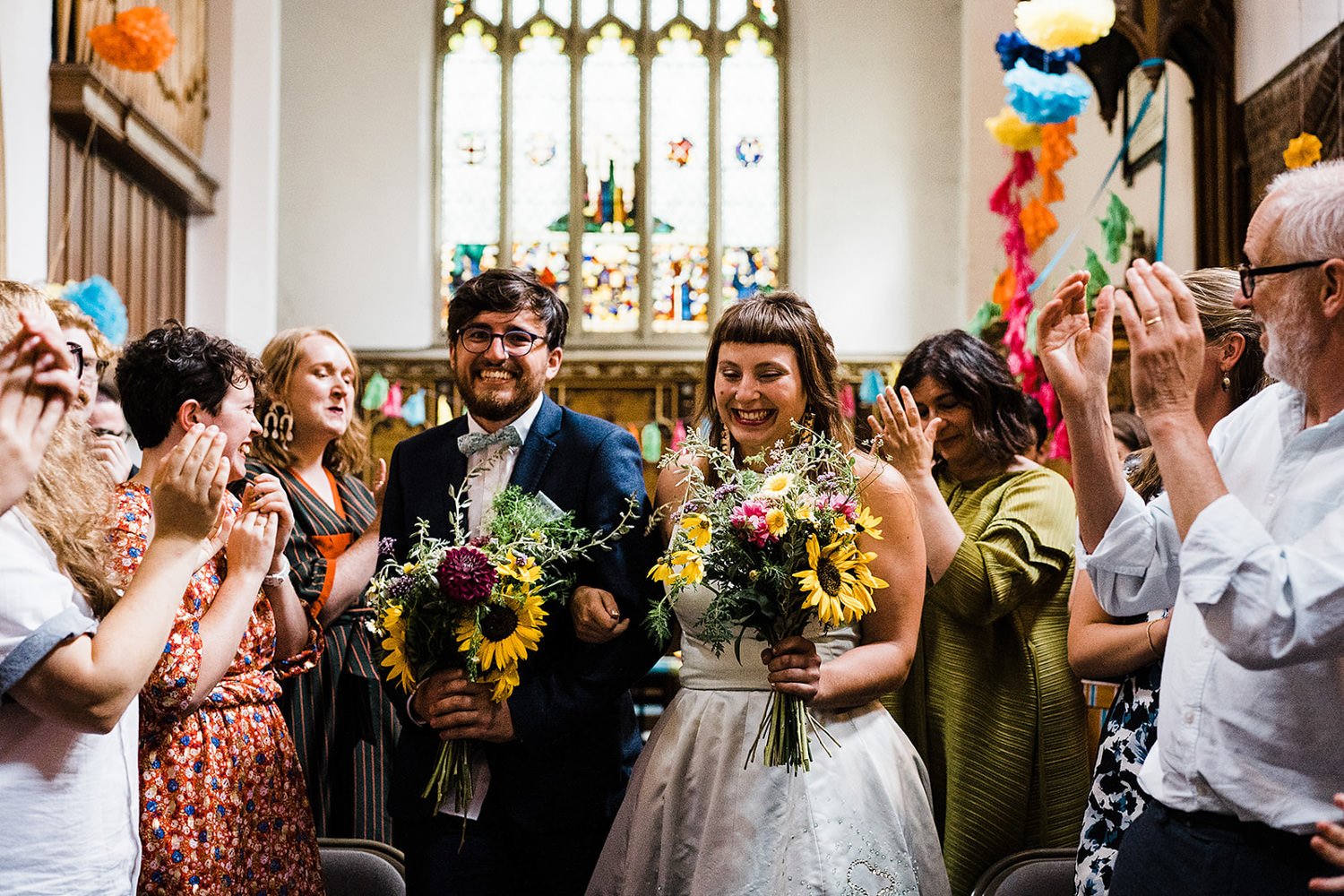 You wouldn’t think I’d need a policy on church weddings, but I want to make it really clear to my couples what factors they need to consider in relation to their wedding photography when getting married in church.

I really love a church ceremony.  There’s something reassuringly comforting about the fact that hundreds if not thousands of couples have stood in the same spot, saying the same words and making the same commitment to each other over the years. The same hymns sung by generations of the same family.  Well-loved traditions are beautiful and meaningful.

And yet I often feel tense as I approach a church wedding because, frankly, a lot of vicars, priests and officials within the church have behaved negatively towards me because I am a wedding photographer. And I absolutely understand that any assumption about me is based on past experience and the behaviour of the photographers who have photographed in the space before me.

The photographer who pushed over a churchwarden

At a wedding a while ago the vicar explained to me that the photographer before me had pushed over the Church Warden. Let me say that again.  The photographer PUSHED OVER THE CHURCH WARDEN.  Really.

The photographer had been advised that the church’s rules meant they needed to remain at the back. This photographer decided to ignore those rules and move to the front anyway.  The warden tapped them on the shoulder and they ignored her.  As the warden grabbed the back of their jacket to get their attention, they turned and push the warden so hard that she fell over.

You can stand at the back…

Because of the actions of a few, I am often made to stand at the back or up in the rafters or on a fixed point, behind a column. Sometimes I am told to be quiet and “not to ruin it” and not to “draw attention to myself”.

I believe that the wedding ceremony is sacred and 100% about the couple, whether they marry in a church or any other venue. I’d never want to do anything to detract from the importance of the promises they are making to each other.

I also wouldn’t risk breaking the rules and having the Priest very publicly ask me to leave in the middle of the ceremony.

You won’t catch me rolling around in the aisle or climbing on pews, I promise!

When discussing this issue with other photographers I’ve been told by some people that they’ll break the rules that have been imposed upon them where ever they can to get their shot, irrespective of the consequences. The consequences of that are felt by the next photographer who has to shoot in that church. They’re the ones who have to deal with the mistrust and suspicion heaped upon them because the person who came before overstepped the mark. 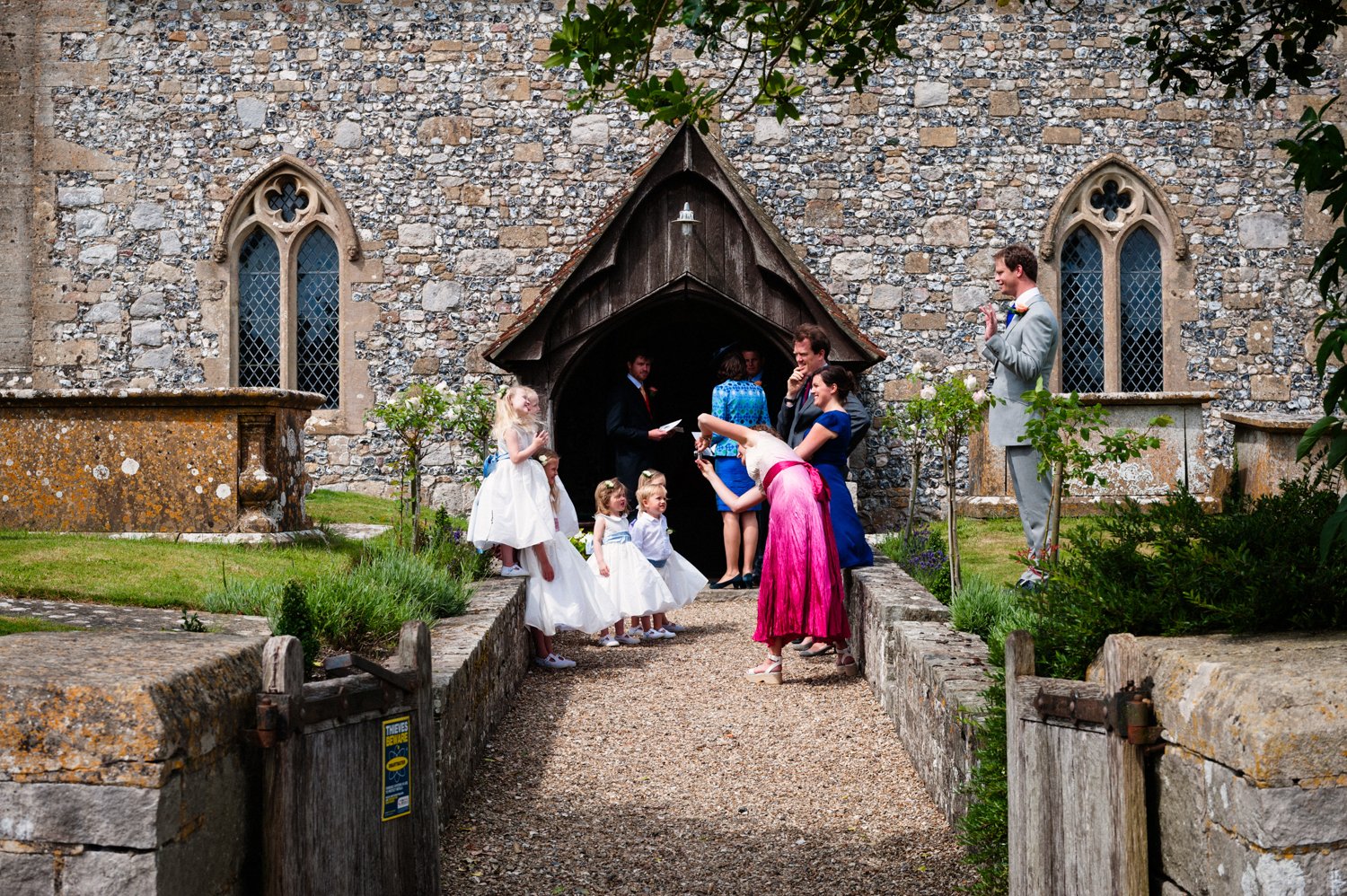 I get the shots I need, with as little disruption as possible

Don’t get me wrong, I don’t at all condone the approach to working with photographers that some churches take. For church wedding photography I have a set formula, which means I get the shots I need, with as little disruption as possible. I photograph the walking in from a discrete position at the front. After this, I move to the back during a hymn and stay there for the rest of the ceremony. I might sneak a tiny bit closer for the first kiss but that’s it.

From my couple’s perspective, I know it’s disappointing. They have often been told photography is fine, only for me to be told something different on the day. My couples invest in their wedding photography so it’s a real shame for them if they’re unable to have a record of the most important part of the day. 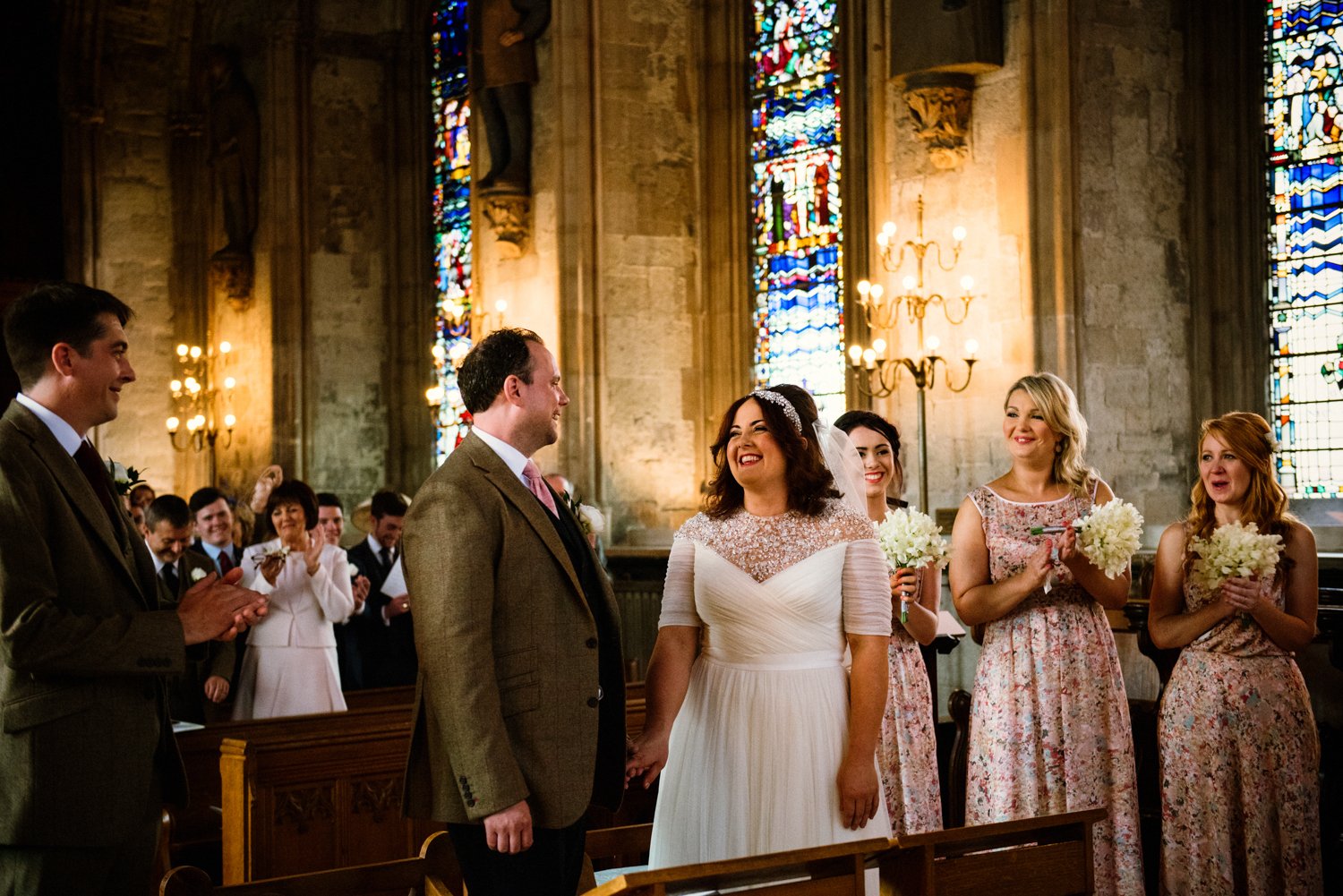 Chat with your ceremony official if photography is important to you

So what can be done? Well if you’re one of my couples do have a good chat with your ceremony official. If photography is important to you, let them know. Explain my approach to them and ask whether that’s a good fit with their policies. It’s also worth letting them know that I don’t use flash at all during the ceremony (it’s usually prohibited).

1) think about a different ceremony venue or
2) reconcile yourself with the fact that you won’t get comprehensive coverage of the ceremony.

Get clear guidance from your church about what’s expected

It’s really important that you get clear guidance from your ceremony official which tells me exactly what’s expected of me. We’re often told that photography is fine, then, on the day, I am still required to stand at the back.

If you’re looking for a photographer for your church wedding, get in touch and if you’d like some more photography advice check out my most popular planning posts!